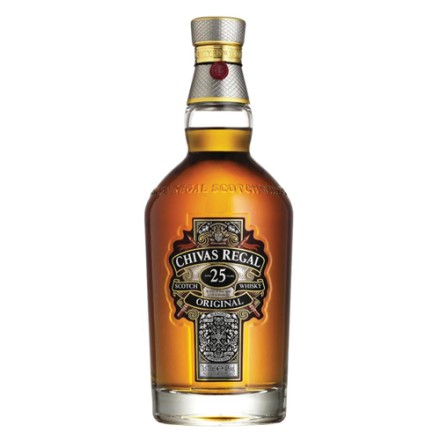 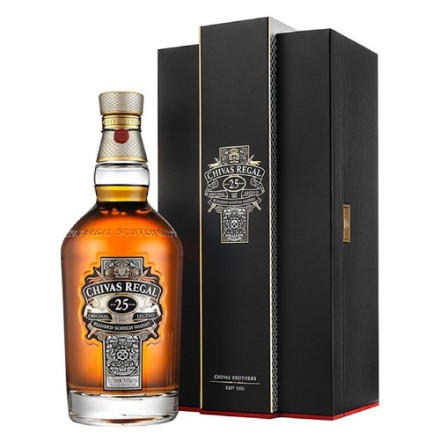 
The world’s first luxury whisky. Taking New York by storm in 1909, this legendary whisky has seen it all. Having survived two World Wars and outlived Prohibition, this 25-year-old Scotch whisky was reborn to be saluted and honoured evermore. Because success is a blend, in life and in Scotch.
The first decade of 20th century America saw Chivas 25 burst onto the scene. Alongside the flittering milieu of grand parties and theatrical attractions of Broadway, this luxury whisky took pride of place among the high society of New York. But Prohibition followed in 1920, cutting our 25-year-old Scotch whisky’s reign short. In 2007, we reignited this remarkable blend to recreate the iconic tastes and textures that lay within the original luxury whisky. The pinnacle of blended Scotch whisky was reborn and remains a legend today.

Only the rarest 25-year-old Scotch whiskies are blended together for this legendary blend. Every drop is meticulously blended to rekindle the delicate intensities and subtle textures made famous by the original Chivas 25 in the early 1900s.

This historical whisky is best drunk neat, on the rocks or with a drop of water.

Cask Finish : Every cask used in Chivas 25 is hand-selected and individually nosed to ensure a rewardingly rich final blend.

Nose : Enticing fruity aromas of sweet orange and peach lie in this fruity whisky, followed by notes of marzipan and nuts.

Palate : Hints of rich chocolate orange with a fondant creaminess.

The Macallan 12yo Double Cask 700ml

The Macallan 12yo Triple Cask 700ml

This website requires you to be 21 years of age or older as Indonesia's law only allows sales of alcohol to people over 21.